We’re now waiting for a liver; dad is awake (unlike in 2008 when dad was in coma) but not his usual self; he’s in hepatic encephalopathy, constantly disoriented and hallucinating.  He’s also weak and barely able to move, neurologically affected by his failing transplanted liver and perhaps partially caused also by muscle atrophy.  His darker color, yellow tinged skin, and eyes more yellow than I’ve ever seen on him are showing the seriousness of his illness. 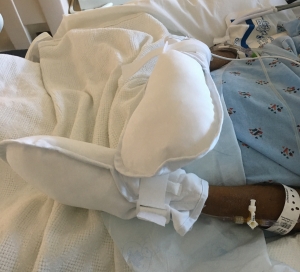 Mitts to prevent pulling IVs out

He wears mittens, almost like the ones you would use for baking without thumbs and strapped on the wrist, to prevent him from pulling any of his IV’s and tubes out.  He seems to hate them but at the same time is amused, raising his hands and repeatedly examining them, sometimes trying to slide them off.

We’ve had some interesting moments; I’m recording some of these stories so he can come back and hopefully read them later.

Upon my arrival, with a smile on his face, said “Hi Pol!” (I was thrilled), but almost immediately he went back to a confused state; the next morning he did the same thing, but didn’t forget me so quickly this next time around, perhaps because I was hooking him up with a massage.

He got startled the previous night and yelled “COBRA!”, put his hands over his head, and ducked for cover.  I think he confused the examination light for a cobra head, staring at it for hours with a strange look on his face, so I moved it out of the way. 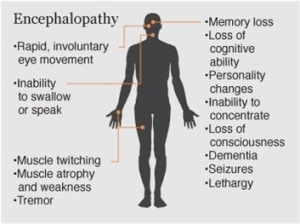 We also had a moment where we went back and forth with each other nodding and saying “let’s go”, then stared and laughed at each other for 5 minutes, for no apparent reason.

He calls my name often but when I go up to him, doesn’t seem to know what he wants, or I just can’t understand what he’s mumbling.

And through it all, he still wants to go back to Japan – mentioning it to him lights up his face.  He is constantly restless, making faces and often smiles (sometimes all day), his eyes wandering around the room, tossing and turning, and at times trying to get out of bed.

He doesn’t recognize my mom at the moment.

He was awake all night and didn’t start snoring til 5am.  The precedex and melatonin they gave him to sleep either took that long to take effect or didn’t work at all.  They’ll try giving it earlier today.

The evening after, dad was super freaked out by this wall, saying someone was there and to get away.  It was quite an interesting moment.  My mom asked the nurses to move the furniture around which seemed to solve the issue, lol. 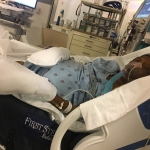 Dad telling me to get out of the way because of someone standing at the wall. 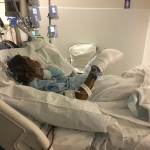 Dad seeing someone standing in front of the wall.

While dad may snap in and out of encephalopathy, he still recognizes us often.  Today he had a quick facetime with grandson, sister and brother-in-law.  When asked if he knew each of them, he responded yes, will a full nod up and down each time.  They even exchanged hand waves while saying hi and bye. 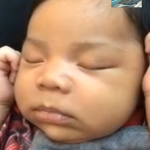 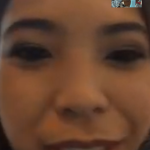 State of the art bed with a view

Dad had the opportunity to try out this new high tech bed the other day with advanced positions, like sitting and maneuverability, ordered by one of his favorite surgeons.  Our nurse was nice enough to even do some rearranging so that my dad could look outside. 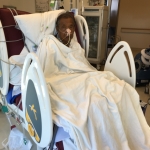 You can even sit down on this bed. 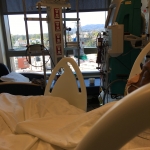 Rearranged room with view of the outside. 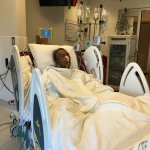 Dad is back to his old bed as he is not coherent enough to use the functions of the new bed.  Was great while it lasted; til next time.